Know Yourself – Know Your Vocation 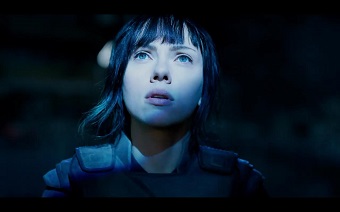 When a kindly priest asks you that question in the confines of a confessional, the “correct” answer is pretty obvious.

To explore this question, I’d like to take a little side trip through popular culture.

In the live action science fiction film Ghost in the Shell, Mira Killian believes she understands her purpose. She and her parents drowned when their refugee boat was sunk by techno terrorists. Her parents’ deaths were final, but Mira is granted a second life through the miracle of robotic technology. Her brain—the only salvageable part of her original being—was implanted in a new robot body. Motivated by her own tragedy and a desire to stop future attacks, Mira works tirelessly for the anti-terrorist bureau called Section 9. Within a year, she’s promoted to the rank of major and responds more readily to her rank than her name. Her job is her identity.

Her world starts to shift when a terrorist hacker beings killing high-level employees of Hanka Robotics, the company that built her body. While working the case, she begins experiencing glitches—brief visual hallucinations—that leave her feeling uneasy.

Her creator, Dr. Ouelet, erases the glitches and assures Major that they are nothing to worry about. She also encourages Major to keep taking the medication that keeps her flesh brain from rejecting her robot body.

It’s the first time that Major gives voice to the idea that she might be on the wrong path—that she might not be fulfilling her proper role. She might have benefitted from the insight of theologian and author Parker Palmer:

Today I understand vocation quite differently—not as a goal to be achieved, but as a gift to be received. Discovering vocation does not mean scrambling toward some prize just beyond my reach but accepting the treasure of true self I already possess. Vocation does not come from a voice ‘out there’ calling me to become something I am not. It comes from a voice ‘in here’ calling me to be the person I was born to be, to fulfill the original selfhood given me at birth by God.

So long as she doesn’t really know herself, Major can’t really understand what she is supposed to do. That lack of understanding lies at the root of her feelings of disconnectedness.

As the story unfolds, the glitches intensify and she begins experiencing repeated visions of a burning building. It pops up at the most inconvenient of times, like when she is closing in on the deadly terrorist Kuze.

A moment’s distraction leads to her capture. Kuze’s goal is not her torture or death, but rather her enlightenment. He knows what she is, where she came from, and understands the emptiness she feels. He has experienced it, too. He tells her that the medicine is intended to repress her real memories and that she will regain her true self if she stops taking it.

Which makes me wonder about my true self. What am I doing—or NOT doing—that is keeping me from who I should be? As a Christian, I want my intentions for my life to line up with God’s. Am I making myself busy to show God how “righteous” I am when I should spend more time worshiping? Am I substituting rules, regulations, and rubrics for living my true calling? Am I so busy judging people that I don’t make time to love and help them? Like Major’s medicine, my choices can seem to be positive when they’re actually a barrier to the life I should be living.

Troubled by what Kuze told her, Major sets out to find the truth. Her quest leads her back to Dr. Ouelet who tells her that most of what she “remembers” about her old life was implanted. She and her parents weren’t on a refugee boat, nor was she the only experimental subject. This knowledge sends Major off on a new path. She needs to know who she was and how she came to be the Major.

Major’s “knowing” of her true identity came at the cost of surrender. She had to give up her image of herself and accept that the truth might be different from what she had been told. In some ways, she might have been more comfortable taking the medicine and having her memory wiped. Learning the truth about ourselves can be unnerving, but it may be the best way to figure out our future.

The way forward, I think, is to cultivate a relationship of deep honesty and openness with God. That means being vulnerable and humble, and honestly asking “What did God make me to do?” It probably means finding an objective person – a counselor or spiritual director – to serve as a sounding board and give me candid feedback. Just like Major I’m going to have to surrender my illusions for the truth.

Tough stuff? Sure. Knowing myself deep down is no easy task. It’s scary. My illusions are comfortable and safe, but the lives of the great Biblical figures and generations of saints show me that God most often speaks to the people who are listening. Maybe if I start just by trying to listen, God will help me see beyond my imagined self to the true self I’m meant to be.

In the meantime, I think I’ll meditate on Thomas Merton’s famous prayer of abandonment:

My Lord God, I have no idea where I am going. I do not see the road ahead of me. I cannot know for certain where it will end. Nor do I really know myself, and the fact that I think that I am following your will does not mean that I am actually doing so. But I believe that the desire to please you does in fact please you. And I hope I have that desire in all that I am doing. I hope that I will never do anything apart from that desire. And I know that if I do this you will lead me by the right road though I may know nothing about it. Therefore, will I trust you always though I may seem to be lost and in the shadow of death. I will not fear, for you are ever with me, and you will never leave me to face my perils alone.

(A different version of this post first appeared at Area of Effect magazine. It also expands on an earlier post on this site.)